House of Mirth “repins” via

During my senior year of my undergrad years, I studied Edith Wharton’s novel House of Mirth and it’s tantalizingly yet depressing protagonist Lily Bart. Lily loves her upper class life in the early 1900’s yet is tormented by the upper classes’ views on marriage: believing girls of the upper class should maintain their status by marrying a man merely to continue to “live well” instead of because you may love and respect him. Lily turns down proposal after proposal, even from Lawrence Seldon whom she actually loves for she is caught up in the idea that she must marry well, yet is horrified by the prospect of a loveless life. As she slowly begins to reject the upper classes’ view on marriage, attempting to gamble and win her way to the “top” herself, she soon finds the upper class rejects her. She goes from taking yacht tours of Europe and rejecting a future with Lawrence Seldon in the hopes of marrying “even higher,” to working at a millinery, living in poverty, and eventually overdosing on sleeping pills. Lily repeatedly sabotages herself from a potential happy life with Seldon, rejecting Lawrence’s offers of help when he could have helped her, so focused is she on the idea of striking it rich.

Besides the overdosing part I hope, I think Lily’s struggle has been so universally popular even with modern women because we all find a piece of Lily in ourselves.  Like it or not, the archetypes for women have always been the Stepford Wife-type, the selfless mother-type, or the career girl-type. And more likely than not, there’s the desire to be all those types in all of us: Admit it, isn’t that why we love Disney Princesses? Stories about wealthy men falling hard for the girl they cloak in luxury? The reason why we slurp up wedding magazines and sappy fairy tale stories? Maybe you do it when no one else is around, when you’re home alone on the weekend. Maybe you erase your search history after you read one of those stories, and maybe you pretend to scoff at them in public but I know that you have to say yes! We love them! They strike the Stepford in all of us and it’s alluring, glamorous, and desirable. But how many times do we find ourselves falling into the Lily-Bart-trap of sabotaging our own happiness because we are discontent, always looking for more, trying to do it alone, building relationships that look impressive, making judgments based on appearances, growing jealous over comparisons, and holding out for better things when we could be perfectly content if we only looked around instead of always, always forward and upward? The House of Mirth is a satire of course–that’s obvious by its title–but it’s also something of a tragedy because so many times we strive to build our own houses of mirth, hoping that by creating it, joy will come, instead of making our house where there already is happiness and laughter for the most impressive thing in the world is a woman who is completely content with whatever and wherever she is. 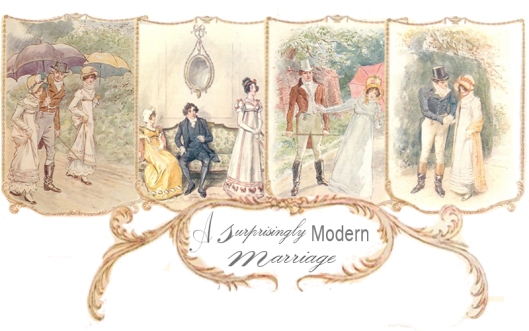 Besides Pride and Prejudice,  Emma is perhaps Jane Austen’s most beloved novel and definitely her most humorous. Emma herself, despite being labeled a “heroine that no one would like but myself (Austen),” is actually rather endearing as she bumbles through acting as matchmaker for the small, country town of Highbury.

Austen usually takes quite the heat for her seemingly old-fashioned “girls only” novels about quiet, domestic life of the nineteenth century and romantic tales of “good girls win.” Emma especially, as the daughter of a wealthy gentleman with little to do but parade around Highbury trying to marry off her less-well-to-do neighbors couldn’t seem much further from a modern woman. Yet, out of all of Austen’s heroines, Emma is the most modern, the most forward-thinking, and the most independent–a fact that perhaps caused Austen to say that Emma would be a “heroine that no one would like but myself” for Emma, like Austen herself, was indeed well ahead of her time.

So how is Emma so modern? Think about it, she’s the only one of Austen’s heroine’s who isn’t obsessed about getting married. Of course, she wants everyone else to marry, and she at times (falsely) believes she is in love for rather ridiculous reasons, but, for the majority of the novel, Emma has no interest in tying the knot herself.

The most incomprehensible thing in the world to a man, is a woman who rejects his offer of marriage

Emma already has status, wealth, and security–all primary inducements for women of the nineteenth century to scramble to be wed at the first opportunity, and she has no interest in changing her circumstances. Emma could essentially be her own, independent woman and she is very happy being just that. When she finally does marry, it is not for any of those reasons, instead, she marries purely for love when she discovers that her friendship with Mr. Knightley, who isn’t her superior but is in fact her equal in wealth and circumstance, is actually much more than just a friendship. Even after they are married though, Emma doesn’t give up any of her independence. It is Mr. Knightley who moves into her estate so that she can continue to care for her ailing father. Modern? Powerful? Independent? I think so. In the novel, Emma did in fact achieve what modern women seek in their relationships: equality and independence.

A woman is not to marry a man merely because she is asked, or because he is attached to her, and can write a tolerable letter

Yet, though equal in wealth, and retaining her voice within their marriage, Emma’s relationship to her husband couldn’t be further from how how many modern women view equality for Emma and Mr. Knightley’s “equality” wasn’t a competition, it wasn’t a “I can make that much money too” race, and it wasn’t a “who is busier and more important” challenge. It was simply respectful equality: A partnership instead of a battle of the sexes where each understood one another’s different roles without falling into the modern train of thought that different roles = different worths.

Emma entered her marriage with Mr. Knightley not because she found his wealth and status attractive, but because she admired and respected him. he had wisdom, was rational, and had a strong sense of morality. He treated everyone fairly and kindly, whether they were poor, elderly women, or wealthy, independent men. Ten years her senior, Mr. Knightley brought a wisdom and moral compass to their marriage and though he often reprimanded Emma for her naive, romantic ideas, he did not think less of her and she did not lose her sense of worth. While he brought wisdom, Emma brought cheerful optimism and a fervor for life, and together, they created a perfect balance. Emma didn’t lose anything when she married. She was still essentially herself: respected, loved and was loved, had a voice, and, with Mr. Knightley, created a surprisingly modern marriage.

Men of sense, whatever you may choose to say, do not want silly wives 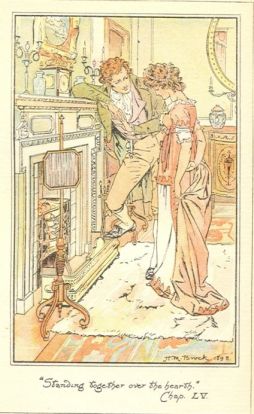 Plain Jane: “If your feelings are still what they were last April, tell me so at once. My affections and wishes have not changed, but one word from you will silence me forever. If, however, your feelings have changed, I would have to tell you: you have bewitched me, body and soul, and I love… I love… I love you. And I never wish to be parted from you from this day on.”

Jane sure knew what a good proposal sounded like, perhaps that’s why she never married, she could always top the proposals of the men proposing to her, and, lets face it, what woman wants that? Mr. Darcy has not one but two knee-melting propositions to Elizabeth in Pride and Prejudice and at last, number two did the trick.

Hello friends! I'm Alexandria. After joining the work-a-day-world post-graduation, I discovered an overwhelming yet undiscussed malaise among the females of cubicleville: the general conclusion that maintaining femininity is an impossibility with everything else modern girls must do. My blog, Vintage Muse+Modern Views shows today’s girl how to link classic feminine grace to the modern, casual, fast-paced lifestyle (with a little DIY thrown in too). So, follow me! And learn that classic beauty and grace can still fit into your world. If you love vintage-inspired things, check out my Etsy shop too! 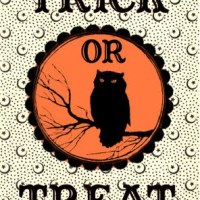 Blogs to Muse About